Delta flight from Detroit to Atlanta (Boeing 717 reg. N957AT) just made a big loop around Detroit and landed back where it started because there was a small bird in the cockpit. Some think it was a sparrow. Some, a hummingbird. A Delta Air Lines spokesman referred to it only as “stowaway”.

After the landing men in yellow vests came back on board, and started the search.

This is pretty much what passengers saw of the search for the bird:

First they didn’t find the bird in a few minutes, or the next few.
An hour later there was some talk of moving everyone to a different plane.

Then a worker came out of the cockpit. In his arms was a towel. In the towel was a very small bird that had managed to ground a 55-ton flying machine.

Then the pilot voice came on the intercom again telling the passengers: “We’re going to take off, but if I hear any chirping in the cockpit, I’ll turn around.”

But that was a joke.

The plane took off again in the early afternoon.

“The bird was safely removed and set free,”

It has not been seen again. 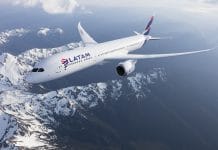 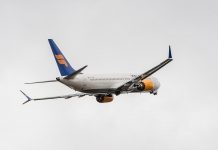 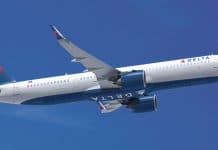