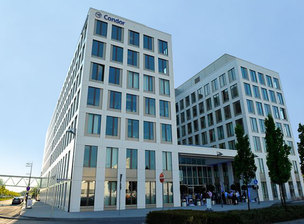 With disciplined cost management, the operating profit (EBIT) increased by 32.4 percent on a year-on-year comparison to 57 million EUR. The number of passengers carried increased by 4.5 percent to 9.4million (+6.9 percent) with increased capacity. Despite a long sunshine period in summer 2019, Condor achieved a six percent increase in revenue to 1.7 billion EUR with stable yields and a stable seat load factor of around 90 percent.

Ralf Teckentrup, CEO of Condor Flugdienst GmbH, was highly satisfied with this result: “We are an operationally healthy and profitable company. Our key figures and the further increase in profit underline this. Condor is thus further expanding its market leadership in the leisure airline business“.

At the end of September, Condor entered into a so-called preliminary protective shield procedure in order to release itself from joint liabilities from the insolvent former parent company Thomas Cook Group plc. This gives the company full independence from the Thomas Cook Group plc and at the same time more security for its own future. The federal government of Germany and the state government of Hesse have granted Condor a state-guaranteed bridging loan of 380 million EUR. In a structured bidding process, strategic and financial investors are showing high interest in Condor.

Ralf Teckentrup continues: “The current booking trend is currently exceeding expectations. This is also a clear sign of confidence on the part of tour operators, travel agencies and our direct customers”. The loss of passengers from Thomas Cook Germany of around 15 percent is being compensated for by a strong demand.

Meanwhile, Condor was able to expand its range of routes with the new summer destinations on short- and medium-haul routes, such as Paphos (Cyprus), Tivat (Montenegro) and Toulon (France). Further destinations are currently under review.

One of the most punctual airlines in Europe

Condor is one of the most punctual airlines in Europe. With numerous measures agreed at the Aviation Summit in Hamburg in March 2019, the punctuality was improved after the difficult summer of 2018. In the 2018/19 business year, around 80 percent of all Condor flights took off on time. The relevant share of longer delays was reduced to a historic low.

Condor’s profitable development is also based on its ongoing focus on strict cost and profit improvement measures. On the basis of Financial Year 2016/17, profit improvements totalling around 54 million EUR were achieved. The basis was a reduction in Condor’s own stations from twelve to eight as well as a number of measures to increase operational efficiency. These include, for example, improved maintenance through better material supply and purchasing processes, optimised planning and production processes through further standardisation and measures to improve technical reliability. In addition, ancillary revenues per passenger were increased by 18 percent.

Ralf Teckentrup continued: “I am confident that after the exit from the protective shield procedure in spring 2020 we will be able to further strengthen our position as Germany’s most popular holiday airline. Around 5,000 Condor employees are grateful for the trust and great encouragement we have received from all sides. The Condor team is highly motivated to take further important steps together to secure our future. We would like to thank all our customers, sales and business partners and all those involved for always believing in us and supporting us, even in difficult times“.