On 11 April, the Taiwanese Ministry of Transportation and Communications said to have an open mind with regard to changing the brand name of China Airlines, due to COVID-19 outbreak and ending confusion with the status of Taiwan, a self-ruled island.

The Ministry, Lin Chia-lung, is “open-minded” to change the name of the Taiwanese airline, China Airlines (to not be confused with Air China).

This confusion comes from the fact that Taiwan calls itself the “Republic of China”, while the mainland country is named “The People’s Republic of China”. Beijing, which considers Taiwan as one of its provinces, has already criticised Taipei for using the coronavirus outbreak as an opportunity to promote the independence cause.

On 3 February, the pro-Taiwan independence group Taiwan Republic Office said its wish to change the brand to “Formosa Airlines” or “Yushan Airlines”. Seventeen days later, a Taiwanese and American group launched a petition to change the name of the airline to “Taiwan Airlines”, signed by 40,000 people.

Lin Chia-lung said that this change is a major decision, involving aviation rights and routes.

Premier Su Tseng-chang said to support the idea but stressed as it is a complex issue with many factors to be considered.

“The name change involves aviation rights and many other factors, which are not that easy to do, but for the national carrier to be labelled with the name Taiwan, that is something the government must endeavour to do and the government will do so on a step-by-step basis,” he said.

Lai Hsiang-ling, a legislator from the Taiwan People’s Party, said : “As the world is troubled by the pandemic, it is not a good timing to change the name as it would involve negotiations on change of aviation agreements and other issues,”.

“The airline would need to also reapply for all of its flight time built up at various airports in the world and re-sign all of its commercial contracts with other companies, change the title and logo of all administrative papers, change the International Air Transport Association code, sales systems, and it must repaint the bodies of all of its fleet with new title and logo,” said a Taoyuan Union of Pilots official. “The total cost could reach more than US$1 billion.” 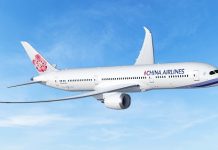