This morning, Brussels Airlines flight SN551 from Brussels to Toronto, operated by Airbus A330-300 OO-SFW, returned to its home base after the crew detected a technical problem while flying over England.

Before landing safely at Brussels, the aircraft burned fuel over waypoint BRUNO. 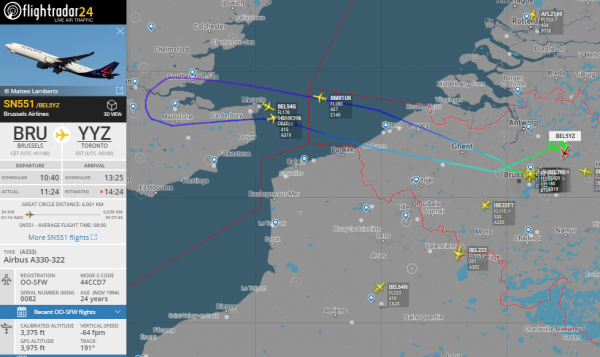 Brussels Airlines spokeswoman Maaike Andries confirmed to Aviation24.be that the flight was cancelled and the passengers rebooked on alternative flights.

It was later learned that the problem was a defective closure of a passenger door.