The winning design for the new livery of the Blue Air aircraft that will be based at Liverpool John Lennon Airport (LJLA) from the end of next month has been announced following a public competition.​

Following t​he news in October last year that Blue Air are to make Liverpool John Lennon Airport (LJLA) their newest European base and as part of their plans to become Liverpool’s airline, Blue Air launched a competition for the public to design the new livery for their 189 seat Boeing 737-800 aircraft that will be based at Liverpool from the end of March.

Originally Blue Air were to award one winner for the best design, but in the end they liked the ideas from three entries so much that they decided to incorporate aspects from each and create a livery which is an amalgam of all three. 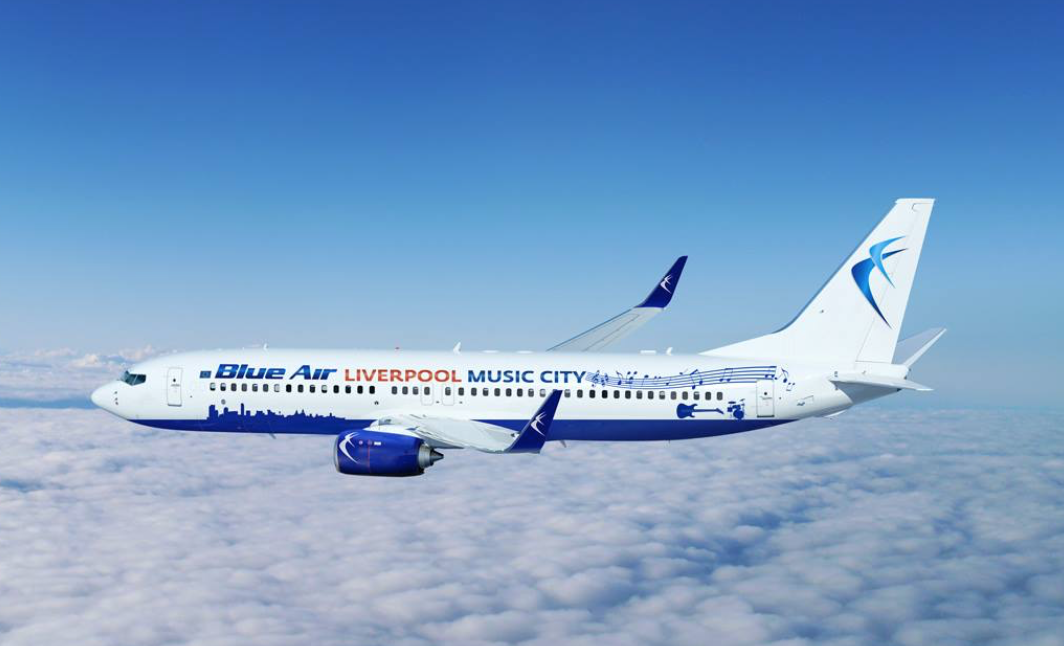 The winners are Kenny Thomson, Will Larmour and Jonathon Davidson, with the final design recognising the City’s strong musical links, its warm welcome and famous city skyline. Both halves of the City’s football support are catered for too through the use of both blue and red colours.

The Liverpool liveried aircraft will operate on Blue Air’s new routes from LJLA to Rome, Milan, Hamburg and Alicante and the new aircraft will be seen by thousands of passengers at LJLA, airports in Europe and in the skies above Merseyside too.

As well as seeing parts of their designs appear on the aircraft, all three winners of the competition will also each receive two free return flights from Liverpool to any Blue Air destination.

Work is now underway to install the new livery on the aircraft which will head to Liverpool at the end of March for the start of their Summer season and the launch of their latest European base.

Tudor Constantinescu, Blue Air’s Chief Commercial Officer said, “We are very proud to start our Liverpool base operations at the end of this month. Apart from the top quality flying experience, we are committed to deliver an airline that gives passengers a really local feel and a flavour of the Liverpool City Region and the dedicated livery for our first based aircraft hopefully reflects this. We congratulate the winners and hope they will enjoy their free flight to one of Blue Air’s Liverpool destinations at least as much as we are excited about our new venture with the scouse community.

Robin Tudor, Head of PR for Liverpool John Lennon Airport commented, “This has been a fantastic opportunity and the final design that the three winners have all contributed to, will soon be seen by thousands of people at home and abroad.

Painting their aircraft with a livery unique to their operations here at Liverpool is a great way for Blue Air to be seen by local passengers as their airline.”

Update Corona virus: KLM flies to China according to schedule