Biman’s journey began on January 4, 1972. 46 years of country’s independence and the 46th anniversary of the establishment of the aircraft is celebrated simultaneously.

Bangabandhu Sheikh Mujibur Rahman, the Father of the Bangladesh, was able to realise that for an independent country and nation he would have needed a flag carrier. And his dream was born only 19 days after independence of the country, the dream of the Biman Bangladesh Airlines.

On the occasion of the 46th founding anniversary, AM Mossadik Ahmed, Managing Director and CEO of Biman, said that in 2018, with the addition of 2 new Boeing 787-8 Dreamliner aircraft in the fleet, the airline wants to extend its wings to new destinations.

He said the aircraft took advantage of the expansion of its network in Guangzhou, one of the most important business cities of China this year, the capital of Sri Lanka’s capital, Colombo, and Maldives capital Male.

The Biman Bangladesh Dreamliner will have 24 business class seats and a total of 271 seats.

Because of the relatively large windows solitary and quiet cabin, mood lamps etc., the passengers traveling on this plane will find a refreshing and delightful experience.

On the anniversary of the founding anniversary, there is a program of gift gathering, banana cut and greetings to all the passengers traveling from Dhaka to Biman Head Office.

Biman Bangladesh was the last operator of the McDonnell Douglas DC-10 until 2014. 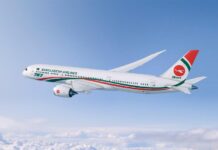 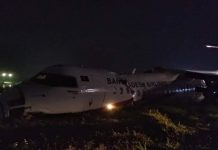 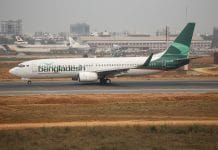