On 28 November, an Avior Airlines Boeing 737-200 (YV2937) from Caracas (Venezuela) suffered a runway excursion after landing at Eduardo Gomes Airport, the airport is the major international airport in Northern Brazil, located in the city of Manaus and the busiest in the number of international passengers in this region. No injuries have been reported.

At the time of arrival, a thunderstorm was passing the area. 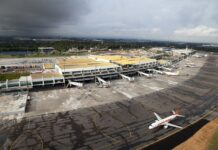 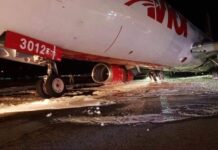