On Wednesday 4 September 2019, American Airlines operated its final revenue flight with the McDonnell Douglas MD-80, also known as the ‘Mad Dog’ or ‘Super 80’.

The airline is retiring the last of its McDonnell Douglas MD-80 fleet as most of the remaining 26 aircraft take their final flights to Roswell, New Mexico (ROW). The McDonnell Douglas MD-80, also known as the ‘Super 80’ or ‘Mad Dog’, was the workhorse of the US airline’s fleet throughout the 1980s and beyond. 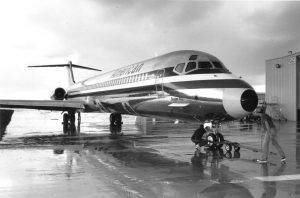 The ‘Super 80’ era at American began in May 1983 with three aircraft serving six cities — Dallas-Fort Worth (DFW); Detroit (DTW); New York City (LGA); Memphis, Tennessee (MEM); Nashville, Tennessee (BNA); and Ontario, California (ONT). When introduced, the MD-80 was one of the most fuel efficient commercial airplanes in the sky. American was the first of the major US-based airlines to introduce the aircraft to its fleet and, by 2003, it was operating 362 of the iconic planes, representing approximately one-third of all MD-80s ever produced by McDonnell Douglas. 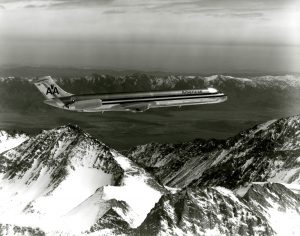 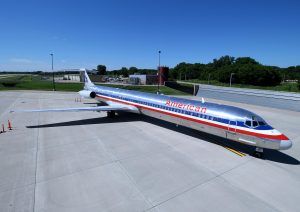 American’s final MD-80 revenue flight, American Flight AA80, was scheduled to depart DFW for the last time on Wednesday 4 September 2019 at 9 am, bound for O’Hare International Airport in Chicago. From there, the plane was ferried to Roswell to join the other MD-80s that retired on the same day.

It’s the perfect day in #Chicago for a retirement party! ??The final @AmericanAir MD-80 revenue fly ?? just arrived from @DFWAirport. Excitment & smiles all around for the ‘Mad Dog’ workhorse ?? which has been a part of AA’s fleet for 30+ yrs. #wheelsupwheelsdown ?: T Wingard pic.twitter.com/oNp3s9uu3u

The retirement of the MD-80 marks the end of an iconic era in American Airline’s history. 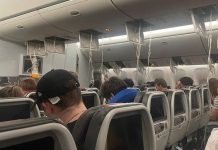 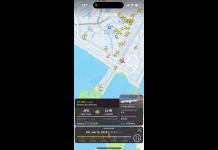 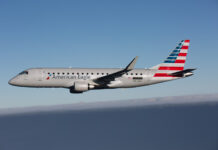