After searching for investors for many years, the Italian government plans to nationalise Alitalia, probably the best solution at this moment given the Coronavirus crisis.

Italy wants to nationalise its flagship airline Alitalia, whose economic situation has deteriorated further due to the Coronavirus crisis. The cabinet announced this decision as part of an economic aid package after countless flights have been cancelled worldwide, causing airlines to suffer massive losses.

To save Alitalia, the government “plans the creation of a new company entirely controlled by the Ministry of Economy and Finance, or controlled by a company with majority public participation, even indirect,” said a press release published Monday night. The government initially did not provide a schedule and other details of nationalisation.

The Italian government has launched a € 600 million aid fund to rehabilitate the ailing aviation sector as a whole. The largest proportion should, therefore, flow into the Alitalia nationalisation.

Alitalia has been losing money for years and filed for bankruptcy in May 2017. Over the years, the airline has received several government bailouts, the last one in early December 2019 when the government approved another € 400 million bridging loan. This was to guarantee the company’s flight operations until May 31, 2020, the “final” deadline to draw up a sustainable restructuring plan and find a new owner.

Alitalia, faced with extremely fierce competition from low-cost companies, cannot really compete with other traditional companies either, for lack of sufficient size, whereas a major movement of concentration has taken place in recent years. The airline loses around 300 million euros a year.

The former national carrier carried only 22 million passengers in 2018, compared to 91 million for Easyjet, 142 million for Ryanair and some 180 for Lufthansa and Delta Airlines. In Italy, its market share has levelled off at 14%, far behind Ryanair’s 25%.

Italy is the most affected country in Europe by the global coronavirus crisis. 28,000 people have been tested positive for the virus so far, more than 2100 people died. There are drastic restrictions across the country because of the crisis. 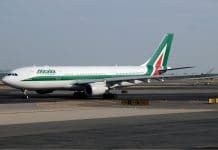 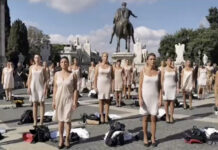