On 23 August, an Air Tanzania Airbus A220 (5H-TCH) has been impounded in Johannesburg by way of a court order from a high court in Gauteng, Johannesburg. Just before the seizure, the aircraft operated flight TC208 between Dar-es-Salaam, Tanzania and Johannesburg, South Africa.

An official reason has not been made public yet, but the airline regrets the situation: “Due to unforeseeable circumstances, Air Tanzania profoundly regrets to inform you that we expect flight schedule adjustments. We sincerely apologize for all inconveniences this might cause to your travel plans.“

The airline’s existing fleet, which is leased from the state-run Tanzania Government Flight Agency (TGFA), includes one Boeing 787-8 Dreamliner, two Airbus A220-300 jets, four DHC Dash 8-400 aircraft and one Fokker 50. The fleet has been put under the ownership of TGFA to avoid possible confiscations from lawsuits related to Air Tanzania’s heavily laden financial past. 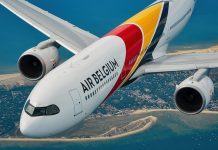