On the first Saturday of June, a new flight number – JU420 – appeared on the arrivals screens at Helsinki Airport. The Airbus 319 arriving from Belgrade’s Nikola Tesla Airport ferried guests to the Finnish capital and its airport – many of them for the first time.

The new route, operated by Air Serbia, takes passengers from Belgrade to Helsinki (or vice versa) in 2 hours 35 minutes. 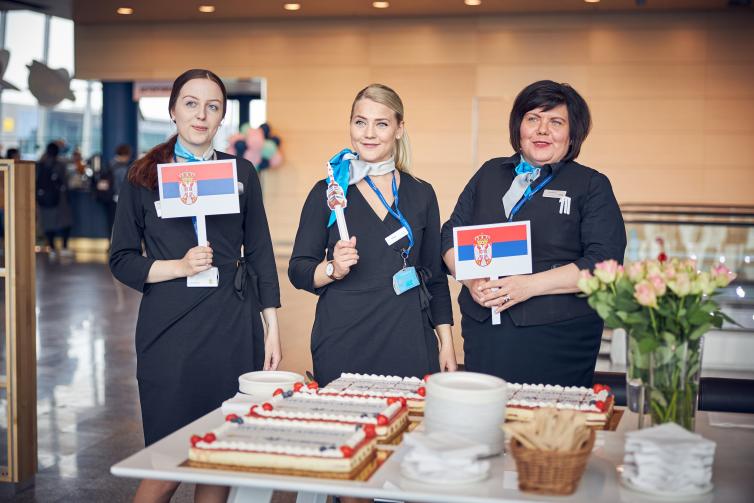 “This is the first direct, all-year-round route between Helsinki and Belgrade. In addition, it brings Air Serbia’s connections to Southeast Europe and the Mediterranean easily accessible from Helsinki Airport,” says Petri Vuori, Director of Finavia’s Route Development.

Flights from Helsinki to Belgrade operate three days a week, on Mondays and Saturdays at 10:55, and on Thursdays at 21:20.

The flights departing from Helsinki have been scheduled so that they offer smooth transfers via Belgrade Airport to Tirana, Sofia, Dubrovnik, Split, Larnaca, Athens, Thessaloniki, Beirut, Skopje, Podgorica, Tivat, Bucharest and Krasnodar. 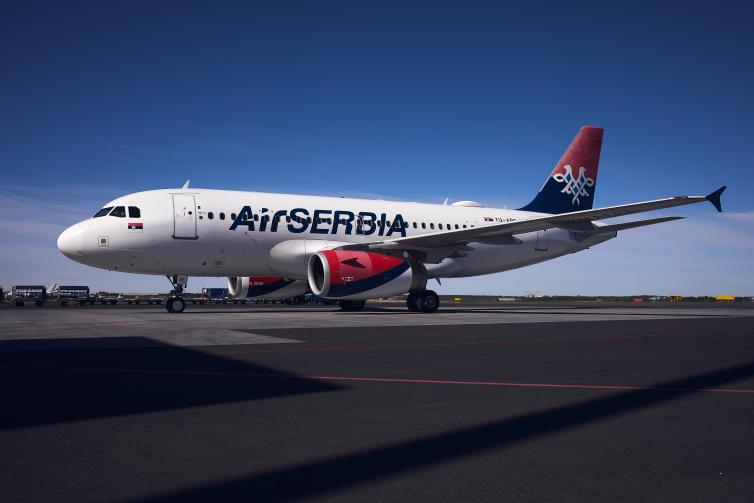 One of the guests on the first flight was Serbian singer Marija Šerifović who claimed international recognition after winning the Eurovision song contest in Helsinki in 2007 with her song ‘Molitva’. Šerifović performed at Narinkkatori square in Helsinki.

“We are very happy to connect the Serbian capital with Helsinki, our first destination in Finland. I am confident that three weekly flights we add between the two cities will significantly improve the connectivity of Finland and Nordic region on the one hand with Southeast Europe on the other, thus contributing to the development of business and tourism cooperation. It is also important to say, that in Serbia people have beautiful memories of this city, as this is where the Serbian representative won the Eurosong competition back in 2007. We are glad that we could symbolically mark this success of Serbian music”,  said Air Serbia’s CEO Duncan Naysmith.

Before the return flight, guests took part in a traditional ribbon and cake cutting ceremony, along with speeches.

“We are happy to have another new airline at Helsinki Airport, opening another important direct connection between European capitals,” Finavia CEO Kimmo Mäki said. 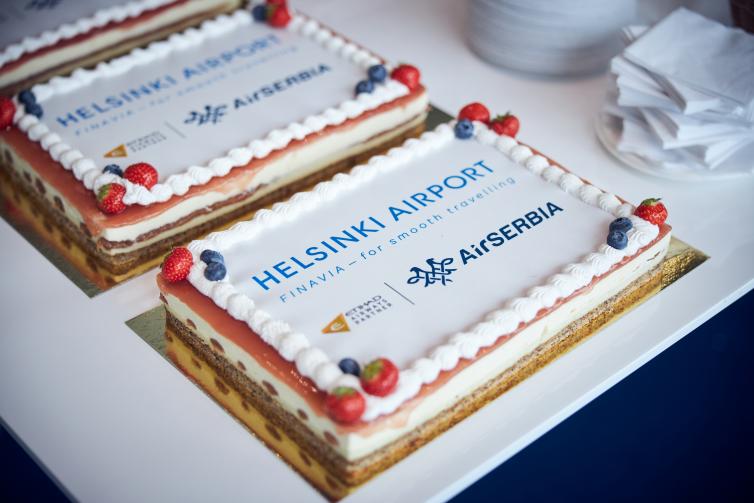 Passengers can get a COVID-19 antibody test at Moscow Domodedovo