As the bidding war for Air India hots up, there is evidence to suggest the Indian travel market is more interested in value for money, rather than preserving its full-service legacy carrier. Research by leading data and analytics company GlobalData indicates that the Indian aviation market has a strong preference for low-cost carriers (LCCs).

Craig Bradley, Travel and Tourism Analyst at GlobalData, comments: “According to a Q3 2021 GlobalData consumer survey, 56% of Indian respondents said affordability was the main factor that influences where and whether they go on holiday. Typically, full-service carriers (FSCs) such as Air India are service- rather than cost-led. This would not seem to play well to current Indian consumer preferences.” 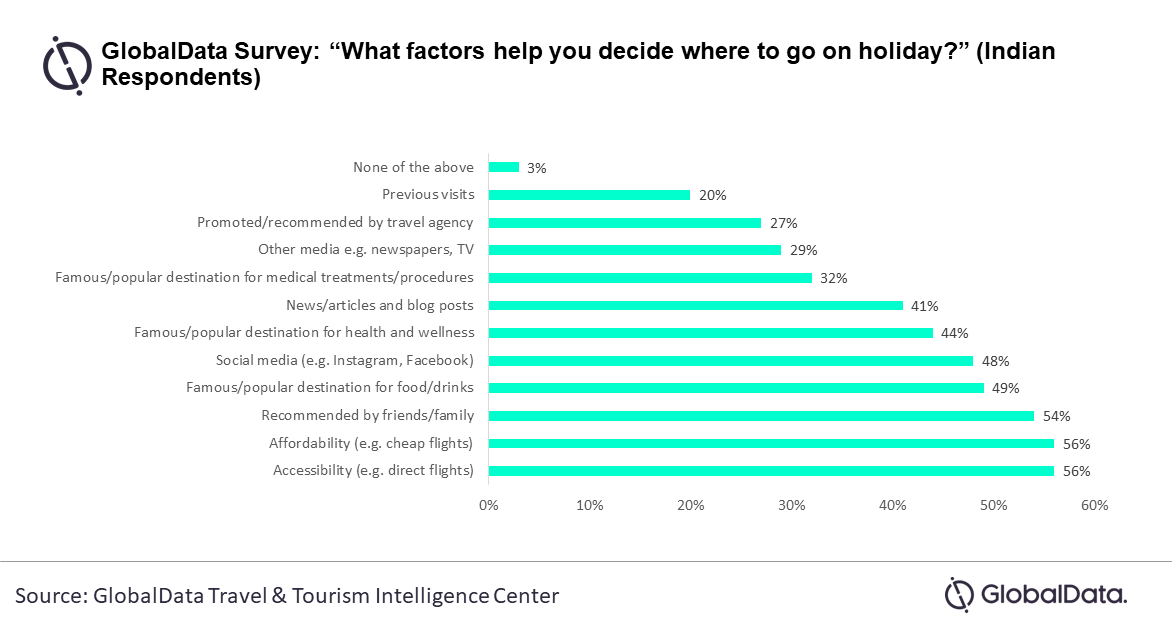 Demand for low-cost airlines in India has soared. According to GlobalData’s Competitor Insights database, demand for LCCs surpassed that of FSCs in 2013. This followed ten years of substantial growth spurred by the development of household names such as SpiceJet, Go First (formerly GoAir) and IndiGo. As of 2019, budget airlines in India carried 51% of all passengers compared to just 38% in 2009. The demise of full-service carriers such as Kingfisher Airlines and Jet Airways quickly followed between 2012 and 2019.

Bradley continues: “With the financial hardship brought about by the pandemic, Indian consumers are concerned about their financial situations, resulting in cutbacks in travel budgets and holidays. In GlobalData’s Q3 Consumer survey, 43% of Indian respondents expressed serious concern about their financial situation – 13% higher than the global average. Therefore, a preference for low-cost carriers over FSCs is likely to grow further, with Indian travellers looking to get the best value for money when they travel.”

It could be argued that there is a lack of FSC airlines within India, considering it has a growing middle-class population and developing international business relations. However, GlobalData projections show business travel will not recover until at least 2025. In addition, the Jet Airways reboot scheduled for 2022 adds an additional competitor, creating an even more competitive landscape for Air India.

Bradley added: “Significant challenges lie ahead for Air India’s next potential owner. Encouragingly, the two main bidders are allegedly Tata and SpiceJet, which have a wealth of experience in the budget air industry and will be taking on a prestigious Indian brand. Should either of these businesses be successful, Air India is likely to experience a complete overhaul in its operations and product proposition. Nevertheless, whoever takes on the airline is taking a risk.”