From August 31, KLM will fly daily between Amsterdam Schiphol and Southampton, the largest city south of London. The flights are operated with an Embraer 175, with a capacity of 88 passengers. Southampton is the seventeenth destination in the United Kingdom for KLM.

The coronavirus crisis is having a major impact on European aviation. Demand and supply are changing more and faster than before. This means that KLM needs a resilient network. By opening a new route such as Southampton, the loss of demand on other routes in Europe will be compensated. In addition, KLM strengthens its position in the United Kingdom.

KLM is slowly and carefully rebuilding its network. The number of destinations is growing fast, but the number of flights is well below the old level. KLM chooses to first offer customers as much choice as possible in terms of destinations. The opening of Southampton fits in with this strategy.

As of August 31, 2020, KLM will fly daily between Schiphol and Southampton. The Embraer 175 has 20 seats in Business Class, 8 in Economy Comfort and 60 in Economy Class.

The flight schedule is as follows:

All times are local.

Southampton is the third-largest port in the UK and the largest cruise port in Northern Europe, with 2 million cruise passengers a year. The city has the best-preserved medieval city walls in England. A visit to the historic docks is also recommended. And the ultra-modern SeaCity Museum tells the story of the Titanic, which left Southampton on April 10, 1912. 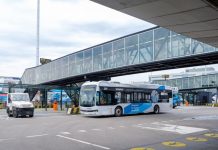 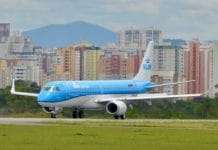