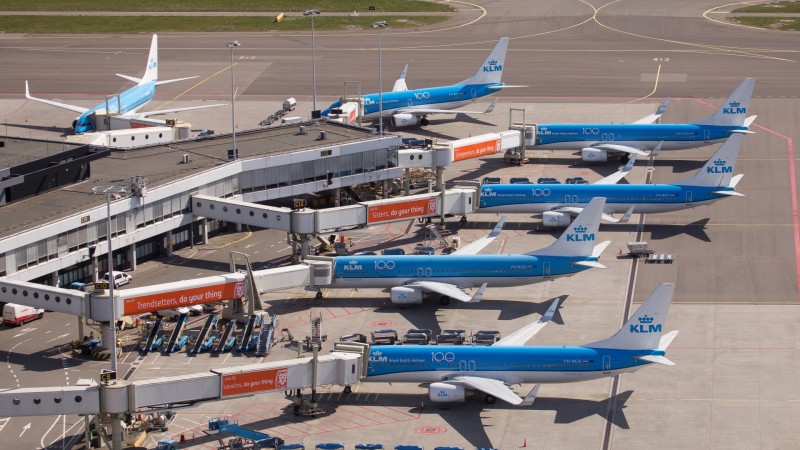 The impact of the outbreak of the COVID-19 virus worldwide is strongly reflected in our traffic figures for March – countries increasingly shut down their airspace and passengers stopped travelling. The number of cancelled flights grew as the month progressed and, ultimately, operations in the closing days of March shrank to only ±15% of the levels achieved last year. This effectively halved (-54%) KLM’s passenger numbers across the network in comparison with the same month last year.

In comparison with March 2019, passenger load factor fell by 22% points against a drop in traffic of -49% (expressed in revenue passenger kilometres or RPKs) and a -32% reduction in seat capacity (expressed in available seat kilometres or ASKs). At -61.3%, the fall in passenger numbers was the most significant for destinations in Asia, followed by a -57.4% dip for destinations in Europe and North Africa. Cargo load factor fell by 0.2% points. This resulted from a combination of a -24.5% capacity reduction and a -24.7% decline in cargo traffic. The capacity reduction can be largely attributed to the drop in belly capacity due to flight cancellations.

KLM started the summer schedule on 1 April operating around 10% of its flights in comparison with the figures for last year. All operations have been suspended for Transavia. In the forthcoming period, an assessment will take place to determine the network’s further development based on circumstances as they unfold.

“The coronavirus pandemic is having a massive impact on the KLM Group. Within a very short space of time, we have literally had to park almost everything – and this embraces a workforce of around 30,000 people, 700 flights a day, and brilliantly oiled operations serving customers worldwide. The global economic impact of COVID-19 is enormous and it is unclear when KLM’s worldwide network will again be operating at its previous levels. Either way, it’s clear that it will take a great deal of time for the markets – and therefore KLM and Transavia – to recover. KLM will, therefore, be operating from its home base in the Netherlands for the time being, on the basis of an adjusted network. Numerous measures are being adopted for us to navigate through these trying times as best we can.”

Strong start for new KLM service from Amsterdam to Barbados