Since 14 March, Air France has been working closely with the French Ministry of Transport and Foreign Affairs to repatriate our French citizens and European nationals. We have been cooperating extensively to officially identify the number of French nationals abroad, establish prioritization criteria and collaborate with the Embassies to obtain flight authorisations.

Air France has set up a repatriation crisis centre to ensure these operations run smoothly.
These flights are enabling a very large number of our citizens to return home. The flights leave Paris with very few passengers or are even empty when the countries concerned no longer accept French nationals entering their territory, and the return flights often fill up within a few hours.

Since 14 March, Air France and Transavia have repatriated 125,000 French nationals on their scheduled flights in addition to some 200 flights in 82 countries dedicated to these repatriation operations. In total, the Air France Group has enabled close to 240,000 people to return to their own countries via connecting or direct flights.

In such exceptional circumstances, and in spite of the already severe economic impact caused by this crisis, Air France has decided to introduce special, capped fares until 15 April for travellers on repatriation flights.

These special fares are available on flights operated by Air France aircraft, on routes to France.

Tickets cost in the region of €300 for medium-haul flights and €600 for long-haul flights in Economy, approximately €1,000 in Premium Economy and €1,500 in Business.

Air France is fully committed to this repatriation mission on behalf of our fellow citizens. Staff from all sectors of the company – security, flight scheduling, crisis command centre, commercial agents, outstations, maintenance, ground staff, pilots and cabin crew – are taking an active part in this solidarity effort and share a strong sense of pride and commitment. All are resolutely committed to providing you with the best possible service. 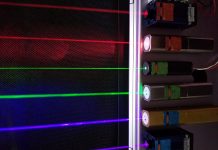 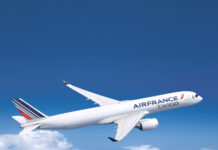