As a result, on these flights, customers are able to earn and spend Miles as part of the Flying Blue frequent flyer programme. Passengers also have access to a single ticket for their entire trip, from baggage transfer to their final destination.

Barry ter Voert, Air France-KLM Senior Vice-President Europe, stated: « In a challenging competitive environment, Atlasglobal is the perfect partner for Air France on the routes to Istanbul. With this partnership, we are able to offer convenient schedules to and from Istanbul, connecting to our worldwide network in Paris-Charles de Gaulle and adding new destinations beyond Istanbul. We are delighted to work with a partner that has such a unique customer focus and an excellent in-flight product. »

« The code-share agreement that we signed with one the leading European airlines Air France is another step in our strategy of continuous growth. Thanks to this agreement, we have increased our 1 daily flight to 3 flights per day to Paris. Businessmen will now be able to make same day return trips to Paris and will also enjoy 11 destinations beyond Paris. The start of our code-share flights with Air France is the proof of recognition of Atlasglobal’s international service standards. We are pleased to be partners with Air France » commented Murat Ersoy, President of Atlasglobal. 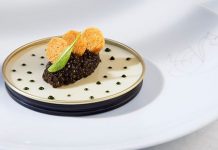