Air Belgium has disclosed the first picture of its first Airbus A330-200 for the passenger fleet, which was adapted to its standards and livery in Woensdrecht, The Netherlands. The aircraft (MSN 1521) was recently registered OE-LCL and will enter into service later this month. It is the first of two that are joining Air Belgium’s passenger fleet currently strong of two A330-900s (OO-ABF, OO-ABG) leased directly from Airbus.

Its sister aircraft (MSN 717) bears registration OE-LAJ and will enter into service in November. Both new aircraft are ex-Etihad Airways planes (A6-EYU and A6-EYF) leased from U.S. lessor Altavair. They will be deployed essentially on the routes from Brussels South Charleroi to the French Antilles, but also to destinations from Brussels Airport like Punta Cana, Curaçao and Bonaire.

Together, these four A330 aircraft replace four fuel-thirsty A340-300s quadjets used to launch operations in 2018.

Air Belgium will also fly three A330-200 freighters for its largest shareholder, the Hongyuan Group (49%), in addition to two Boeing 747-8Fs. The first one (OE-LAL, MSN 832, ex-Etihad A6-EYN P2F) is already in service and the second and third examples are set to join the fleet in November 2022 and February 2023. 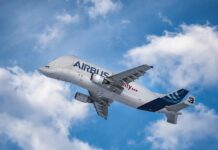 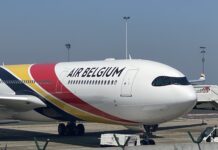 By the end of this year, Air Belgium needs at least €10 million to recapitalise