On the occasion of the visit to Toulouse of Boultif Mohamed Salah, the CEO of Algeria’s flag-carrier airline, Air Algérie presented its new cabin to the media. The three Airbus A330-200 aircraft that will soon be delivered to the Algerian carrier will be fitted with the new cabin. The purchase of these new A330s is part of a contract signed in January 2014. These new aircraft will join the airline’s existing fleet of Airbus aircraft made up of five A330s.

“I’m delighted to welcome the first of the three A330 family aircraft that we have on order into our fleet. the A330’s unmatched profitability and unrivalled operating costs allow us to pursue the development of affordable services while offering our passengers the advantages of a top-of-the-range cabin,” said Boultif Mohamed Salah, CEO of Air Algérie.

“The A330-200 is renowned for being the aircraft that best meets the needs of airlines in terms of capacity and range in the medium to long-haul segment. Airlines benefit from unmatched cost-effectiveness, and passengers appreciate it for its superior comfort. We are proud to continue to  contribute to Air Algérie’s long-term success,” added John Leahy, Airbus Chief Operating Officer Customers.

The A330 family, which can seat between 250 and 300 passengers, has to date recorded more than 1,400 orders. More than 1,100 aircraft of this type are already flying with more than 100 operators worldwide. The A330 is one of the most efficient aircraft in the world, with the lowest operating costs in its category. Thanks to the introduction of a large number of innovations, the A330 – which remains the most profitable and best performing aircraft in its class – boasts an average operational reliability of 99,4 percent. An A330 Family aircraft takes off or lands every 20 seconds. 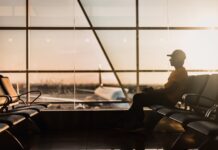 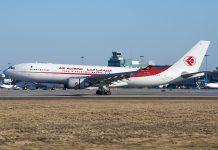