From now on, Belgocontrol will provide online information on runway use, flight paths and CDO landings of the past week. That way, it honours its commitment to offer more transparency.

Belgocontrol has extensive technical activity reports on air traffic control at Brussels Airport at its disposal. Those reports will be published on www.batc.be as from Wednesday 20 May, allowing visitors to gain insight into the past week’s air traffic at and around our national airport.

The technical reports consist of three parts and will also be presented as such on the website.

The second part contains a daily overview of the routes flown by the aircraft. Although those routes are predefined, not every aircraft follows the exact same path due to variations in the aircraft type or weight, wind or other weather conditions,… Unlike a train, an aircraft is not bound to tracks.

In conclusion, the third part provides an overview of the number of CDO landings (Continuous Descent Operations). With this landing procedure, the aircraft descends in one fluent motion, resulting in reduced fuel consumption and less noise hindrance. Belgocontrol will continue to promote awareness among air traffic controllers and pilots to use this procedure whenever possible.

Belgocontrol and Brussels Airport inform local residents on the air traffic situation at and around the airport via the website www.batc.be. That way, anyone can clearly see which runways are being used and when.

By publishing these weekly reports, Belgocontrol takes a next step towards open communication.

CEO Johan Decuyper: “The general public has the right to be correctly informed. But we expose ourselves to some risks as well. Our air traffic controllers have to take decisions in the blink of an eye based on data available to them. Of course it is easier to judge after the fact when all elements are known. We have to be careful for those predicting the past.”

You will find the report on http://www.batc.be/en/runway-in-use 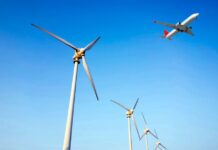 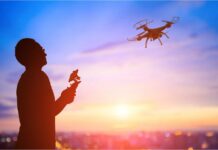