The annual budget for Maastricht–based Air Traffic Control in the Benelux countries and large parts of northwestern Germany threatens to fail due to opposition from Belgium. The Air Traffic Controllers’ union TUEM (Trade Union EUROCONTROL Maastricht) warns of serious consequences for air traffic in 2023.

“The fact that Belgium is once again the only country blocking the budget of Europe’s most productive Air Traffic Control Center is selfish, irresponsible and endangers smooth and safe air traffic in Europe,” stresses TUEM President Stefan Pille.

The Maastricht Upper Area Control Center (MUAC) monitors the airspace over Belgium, the Netherlands, Luxembourg and large parts of northwestern Germany. Every day, its Air Traffic Controllers safely guide 5,000 flights with over 500,000 passengers through one of the most complex and densely populated airspaces in the world. Funding is shared by Belgium, the Netherlands, Luxembourg and Germany.

MUAC has the highest productivity figures of any Air Traffic Control Center in Europe. Revenues have exceeded expenses for more than 20 years, and even during the Corona crisis, when air traffic worldwide plummeted, a positive result was generated. Profits benefit the carrier countries. “All countries, including Belgium, get back from MUAC significantly more than they pay in – even in the past crisis years,“ Pille stressed. “That’s why it’s completely unacceptable for Belgium to put its own political interests ahead of the interests of passengers and employees.”

Pille pointed out that the work of Air Traffic Controllers has been more stressful than average in the past three years. This was due to staff shortages caused by the Corona pandemic and, most recently, the increase in civil and military air traffic caused by the war in Ukraine. “Uncertainty about whether their salaries can be paid in 2023 is the last thing the heavily burdened controllers need,“ Pille said. He expects Belgium to make a clear commitment to MUAC. If this does not happen, industrial action by Air Traffic Controllers in German, Dutch, Belgian and Luxembourg airspace is very likely from January 2023. 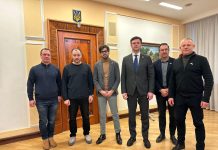 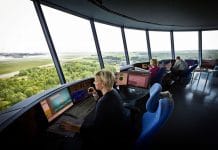