Boeing will celebrate its 100th anniversary at the Farnborough International Airshow, displaying advanced commercial and defense platforms, and presenting a unique exhibit to commemorate its first century and look ahead to the future.

The first jetliner of Boeing’s second century—the 737 MAX—will make its air show debut with flying displays from July 11-14. Boeing expects to deliver the first 737 MAX 8 in the first half of 2017, ahead of schedule. 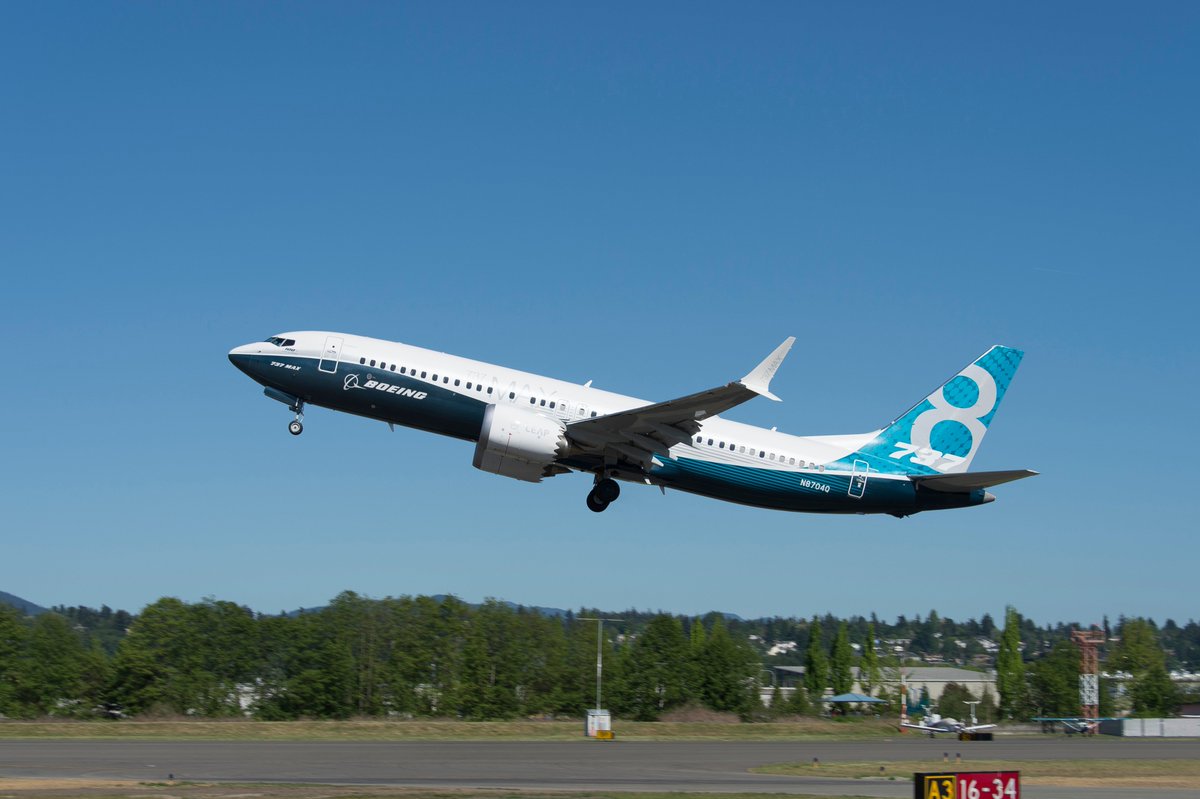 A 787-9 Dreamliner to be delivered to ANA, Japan’s largest airline, will also participate in the flying display from July 11-13. The airplane will be the first ever in a Japanese airline livery to participate at the Farnborough Airshow.

Other Boeing commercial airplanes on display include a new Volga-Dnepr 747-8 Freighter, which will be at the show from July 11-13.

The multi-mission P-8A, a military derivative of the Next-Generation 737-800 that provides advanced anti-submarine and anti-surface warfare capabilities, will join Boeing’s multi-role F/A-18F Super Hornet fighter in demonstrating versatile capabilities during daily flying displays. The P-8A aircraft also will be on static display along with an F/A-18E Super Hornet and an F-15E Strike Eagle.

Boeing is marking 100 years of innovation with a special pavilion that will be open throughout the show. In addition to interactive displays showcasing the company’s past, present and future technologies, the Boeing Centennial Experience will also feature kiosks with access to the digital archive of every issue of “Aviation Week & Space Technology”, which is also celebrating its 100th year. The pavilion (OE5) will be located opposite the Boeing main chalet (B 1-6), across Bofors Hill, next to Hall 2.

An app called Boeing Innovations, intended for guests to use during their visit to the pavilion, will be available for download in July through iTunes and Google Play.

As part of its first century celebration, Boeing is sponsoring “Above and Beyond,” a new interactive exhibition about the wonders of flight and humankind’s remarkable journey to space. This family-friendly exhibition, created in collaboration with NASA, is intended to inspire the next wave of engineers, pilots and astronauts. “Above and Beyond” will be open to the public at the National Maritime Museum in Greenwich until August 29 (www.rmg.co.uk/see-do/exhibitions-events/above-and-beyond-exhibition).

In addition, aviation enthusiasts will have the opportunity to purchase exclusive products featuring Boeing Centennial designs, heritage collection and aircraft models from the merchandise trailer area and Gate B merchandise tent locations at the show.

Historic Boeing airplanes will also appear during the public week-end on flying or static display, including a P-51D Mustang, a B-17 Flying Fortress, a DC-3 Dakota and a B-25 Mitchell, among others.

Together with the Royal Aeronautical Society, Boeing will present RANS Coyote II airplanes built by students from the “Schools Build a Plane Challenge” – a STEM initiative targeted at young people in UK secondary schools: www.boeing.co.uk/sbap. One of the light aircraft, constructed by pupils from Ercall Wood Technology College in Telford, will participate in the flying display on July 15. Another aircraft, which is in mid-construction at North East Wolverhampton Academy will also feature in the static display.

Boeing will hold a series of briefings for news media during the show, as listed below. Media attending the show should check the briefing schedule daily for updates at the Boeing-sponsored Media Centre and the Boeing media chalet in row B 1-6.

News media should visit http://boeing.mediaroom.com for schedule updates on briefings and events as well as for news releases and background information. News media may also subscribe to Boeing updates via text message. Text the keyword BOEING, followed by your name and media affiliation, to +44 7800 002 490.

Note: All times listed below are local to Farnborough.

The 737 MAX will be available for tours to accredited members of the news media:

Richard Pillans, Boeing Chief Test Pilot and former British Army Helicopter Pilot and Flight Commander, will give a talk about his experiences as the head of the team of pilots and engineers who oversee all Boeing Military Aircraft flight operations for Boeing Defence UK, including the Royal Air Force’s fleet of Chinook helicopters. Second session to be held at 10.20; third session at 11.15.

Headquartered in Chicago, Boeing employs approximately 160,000 people across the United States and in more than 65 countries. Our enterprise also leverages the talents of hundreds of thousands more skilled people working for Boeing suppliers worldwide. Total company revenues for 2015 were $96 billion.